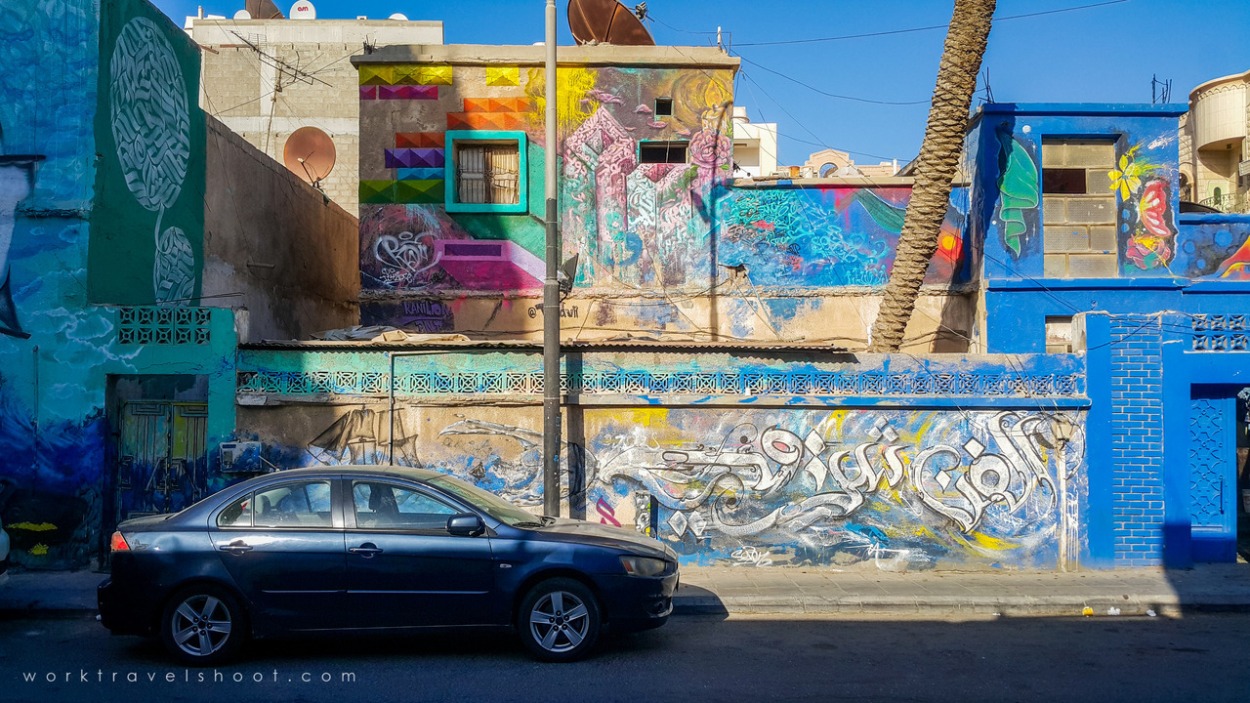 In order to direct attention toward the fast-aging social housing, public buildings and entire urban sectors that have dated rapidly and been unable to keep up with the developmental impulses of cities in the GCC, a movement toward adopting buildings and adaptive reuse is underway to breathe new life into old shells across the region. Rejuvenation of old buildings often takes the form of converting old neighborhoods into open-air museums to attract tourists and the youth who engage with these spaces in a rather one-dimensional manner, enjoying the retail, food, festivities and Instagram-worthiness rather than experiencing them at a deeper level of everyday use by real people who reside or work there.

Having grown up in Saudi Arabia, I have an insider’s experience of the old precincts in Modernist Gulf cities from before they gathered attention from ‘outsiders:’ sectors designed on modular plans as residential quarters, schools and commercial zones or self-built homes largely aimed to serve populations of expatriates from the Indian Subcontinent or Asia Pacific, who have made the neighborhoods their own over decades. The sights, smells and mundane daily activities are what give these spaces character. The colorful clothes hanging from clotheslines, the open tea stalls and kebab shops that send wafting smoke into surrounding lanes, baqalas with signage in various languages, children playing soccer in the streets, wall decorations and graffiti are as much a characteristic of these locales as, if not more than, the built forms. Character cannot be imposed from an external source: artist-commissioned street art does not replace graffiti, trendy cafes designed with vintage undertones don’t provide the authentic ambiance of the kebab shops, and walking tours that make specimen out of the everyday lives of residents do not do justice to their lives and their role in society.

I am not against redesign and revival of the older parts of town, re-evaluation of their significance and redefining their role in the larger context of the city. However, a deeper reading of the value of these Modernist structures of the neighborhoods themselves is required to understand what it is that we are preserving. Is it only the aesthetics of dilapidated buildings that are representative of heritage in the absence of older temporal and vanished vernacular structures? Is it the sense of retro-nostalgia that is invoked by the aesthetic style and appearance of these precincts? Or is it something more meaningful, perhaps a character and culture that thrives within these areas, the sights and sounds, the people, the activities, the smells and colors, and everything they stand for?

No matter how at odds with the shining glass and steel monuments of the new city districts these old neighborhoods are, there is no refuting the fact that this is where the foundation of the cities of the Gulf and even countries began: from colonial imposition of urban planning schemes to laborious contributions of expatriates, these are undeniable factors integral to the history and identity of cities of the Gulf, and cannot be erased from the annals of history even if they are ghettoized into retrograde neglected precincts hidden behind fresh new developments. The current movement toward reviving these modernist precincts and reengaging with them involves a sort of self-imposed gentrification process. Examples of self-gentrification come to mind in the form of many upscale initiatives by developers that can transform built environment into well-designed and magnetic spaces, but more often than not bypass the communities that represent these areas and memories of their contribution to nation-building. Heritage hotels, adaptive reuse of abandoned structures of public use such as fire-stations, schools or public housing into swanky cafes and art galleries, even street art projects that use the architecture of the 70s as a canvas reactivate and beautify these areas by putting them on the map for tourists and the urban youth, but fail to serve or engage the very communities that are an upholder of the spirit of the 60s and 70s era. By not engaging or involving these communities directly, a potent opportunity to make members of these communities stakeholders in the rehabilitation and improvement of their own neighborhoods is lost. 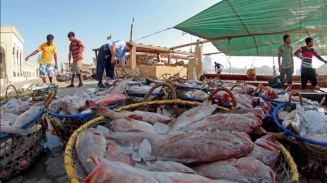 The need of the hour are meaningful interventions that can read the pulse of the city and not offer cut-and-paste solutions based on current international or social media trends. A lasting and sustainable revival of the culture of these locales, the sense of place that comes not only from architecture but also from activity, life and memory that occurs or has occurred in these spaces: better known as the genius loci or spirit of place is what is at stake and needs attention. A small but successful example of such an organic celebration of the local character of a place is the abra ferry in Dubai run by the Dubai Transport Authority, whose intended use was for workers from one side of the creek to get to the other side of town saving time and money for a mere 2 Dirhams. Tourists or even residents of Dubai who don’t need the ferry now use it for the experience of real city life. This little-known attraction has not been exploited by big brands, adulterating the authentic nature of this unregulated transport. A way to commercialize the experience without dilution is perhaps to make passes for workers, allowing tourists or staycationers to be charged higher rates, making the service more sustainable.

Attention is needed, but what kind? There is welcome attention and unwelcome attention. Unwelcome attention is a kind of nostalgia tourism or ruin porn that makes specimens of residents and actual locals of these areas, whereas welcome attention comes in the form of community events, food festivals, crowdsourced art, storytelling events and rebuilding drives that rely entirely on indigenous members of the community and cannot be held without their participation, garnering a sense of ownership and pride of place rather than a feeling of insecurity and otherization. Rather than a top-down approach to heritage revival, a bottom-up approach that is born from the place and involves the community is required. Rather than being on the outside looking in, we need to be on the inside, not just looking but interacting with one another and working together: a dialog that requires a back and forth conversation.