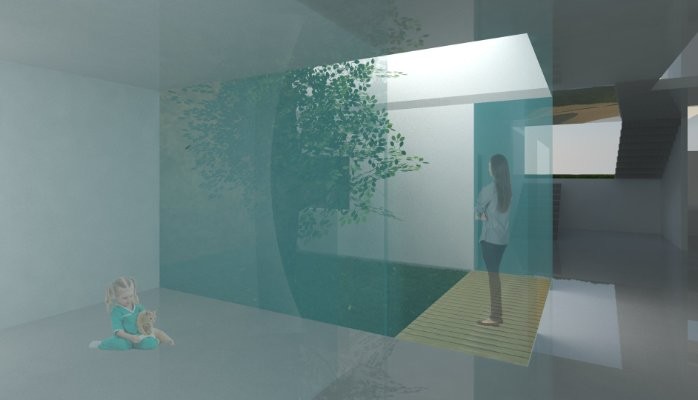 As the world becomes smaller, every large metropolis in the world seems to resemble every other. Cities, concrete jungles filled with glittering skyscrapers and artificial beaches, seem to open doors for globalization, and adopt a universal aesthetic language. What vocabulary, then, should the residential architecture of today use? The answer, we believe, lies in looking back at the roots of the prototypical vernacular dwelling unit.

In the absence of the technology of today, architects of the past developed certain elements to deal with aspects of culture, societal norms, climate, functionality and design. These can be seen in the vernacular dwellings that have been preserved for centuries. How are these elements relevant today?

Vernacular architecture comprises a series of architectural, structural, spatial and aesthetic archetypes, which were designed in response to social, functional, and climatic needs, and were born of locally-available materials, structural systems and skill. This vocabulary is still applicable today, and especially of relevance in the environment we inhabit. The current urban context, with its high density, vertical growth, and the excessive reliance on creature comforts such as air-conditioning and artificial lighting are wreaking havoc on natural resources, that are not unlimited. The language of vernacular answers the pressing challenges of today, and not surprisingly, can be used to address issues of climate change, as well.

Here are two residential projects as examples of an attempt to adaptively use vernacular archetypes within a contemporary design language.

This is an independent, single-family duplex located in a new neighborhood in the city of Hyderabad, India, below the imposing Golconda Fort. Hyderabad has a rocky terrain, and this site is no exception. The site is abutted by roads on two sides and a 15′ high rock face on the third. The rock acts as a natural insulator and barrier for prevailing winds, which carry sand and dust. We saw this rock as an opportunity to create privacy within the site.

The site had the luxury of space, and a hierarchy of gardens and courtyards was carved out: front lawn, garden, inner courtyard. Reminiscent of the traditional sahn, the internal courtyard brings the outdoors right into the center of the house, enveloping it with glass, and making it visually accessible from all parts of the house, including the drawing room, guest bedroom, living/dining/kitchen, and the family room on the upper level.

The rock face shields one side of the courtyard, incidentally the south, and adds a sound and wind barrier, so that the private courtyard becomes the cool green oasis around which all activities revolve, just as in the homes of the past.

The residence has two floors: the ground floor containing the mother and sister’s spaces along with living, kitchen and dining, and the first floor for the brother and his wife and child. Each floor has been treated independently, and the first floor connects to the ground by creating a raised garden on the side adjoining a neighboring plot. The backyard has been raised by filling in earth to about 8′ height, which provides insulation to the hottest part of the house, the west face. It also gives the feeling of being at the ground level, even when sitting on the deck of the upper level. The raised garden not only cools and insulates the building, but also helps reduce the carbon footprint and retard storm-water runoff by 75%. This way, rainwater can also be collected for harvesting.

In the dense urban context, apartment dwelling is inevitable and unavoidable. As cities become hubs of all activity, new needs like parking and natural ventilation, which were taken for granted in the past decade, now become rare amenities. Generic dwelling units kill the feeling of a home, but rather create isolated, self-contained compartments for living. Terraces, open spaces, gardens and large windows in every room have slowly disappeared due to apartment culture. Density in the built environment and human population creates urban heat islands, which make the city warmer than its outskirts. We feel it is time to reclaim open terraces and convert them into green spaces.

The aim was to design a model for apartments that would integrate the spatial and cultural requirements of independent villas, which have now become an indulgence. The concept of Vertical Villas proposes that apartments want to be villas, and can be treated as such. To answer questions of programmatic requirements of apartments and fuse them with those of villas, we proposed an apartment complex with multiple voids and staggered spatial distribution, giving birth to opportunities for green spaces.

The selected site is an elongated one in the shape of a cross, with the road abutting the shorter edge. The site was divided into two parts, and the back was sunken in by 1.5m. This sunken part gets more privacy and acts as a ground floor villa, complete with a wraparound garden and deep porch. This plan is free of the typical levels above, and also has the luxury of floor-to-ceiling windows without the heat and exposure to dust or visual access.

The entire building was raised up on pilotis (columns) to create a stilt floor dedicated to parking. The colonnade at the entrance reinterprets a riwaq from traditional architecture. The wall-free space brings in natural light and air to the lower level, thus separating the lower ground floor from the upper floors by 3m. The central core of the building houses the elevator and staircase. Between these is a tall atrium topped with a tower, that acts as a windcatcher or malqaf, which redirects air into the building, passively cooling common areas on all the floors, and combating diurnal temperature variation.

The two flanges are dedicated to additional amenities such as a banquet hall and guest quarters. The lower levels alternately house built blocks, and a bridge connects the main building to the roof of these blocks. Green roofs are created over these, which not only provide a feel of an independent villa to the first and second floors, but also provide insulation to the floors below them, shielding over 80% of solar radiation. These vegetal rooftops can be used to grow shallow-rooted plants that tolerate hot, dry, windy conditions.

The façade of the building has been treated independently from its structure. Deep terraces overlook the roof gardens on either side. These, and the balconies in front, are covered by vertical trellises, which create beautiful shadow patterns, and are inspired by the mashrabiya in traditional Arab architecture, or the vernacular jharokhas of northern India. The function of these is more than aesthetic: the provide views to the outside from within while protecting the residents inside from visibility from the street. The screens also filter heat and sunlight and reduce the requirement for air-conditioning.

Malqaf Wind-catcher or wind tower, used to ventilate the center of the building in arid climates.

Mashrabiya or Shanasheel A type of projecting oriel window enclosed with carved wood latticework located on the second storey of a building or higher, for ventilation and view, as well a privacy.

Jharokha A type of overhanging enclosed balcony used in architecture of Rajasthan, India, similar to themashrabiya.

This essay was originally published in Gulf Construction Magazine in July 2016.